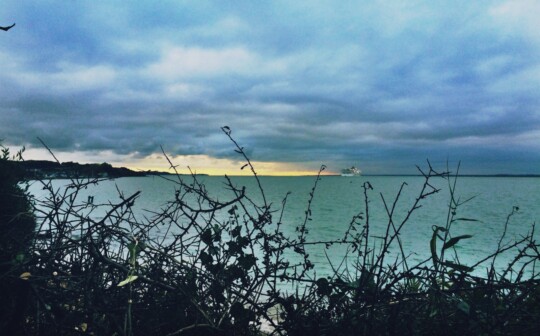 2014 was peppered with things done purely because we wrote them on some coloured paper last new year’s eve. We flew a kite, learned to lindyhop, found some dinosaur footprints, and spotted some constellations. There are plenty of things we did not do. We didn’t learn to play the xylophone or grow a pumpkin. I avoided running a race and I still hold doubts about the wisdom of nettle soup.

These coloured pieces of card lingered around our house for the whole year, quietly burying in to the bookshelves or the kitchen table pile (every house has one of these, right?!) only to be uncovered weeks later and remind us of all the little things we wanted to do in 2014. Being a lister, I’m much more likely to do things that I write down. Without the alphabet year, the lindyhop class wouldn’t have happened for starters.

So, I’m launching in to another year with a fresh set of letters and plans. Maybe I’ll revisit 2014 and grow a pumpkin after all. But for now I’m focusing on the bright, shiny newness of January with some new (and some more achievable!) challenges. I’m stuck on a few letters. If you have any suggestions, please chip in! Even better, write your own Alphabet15 list and do something new for 2015. 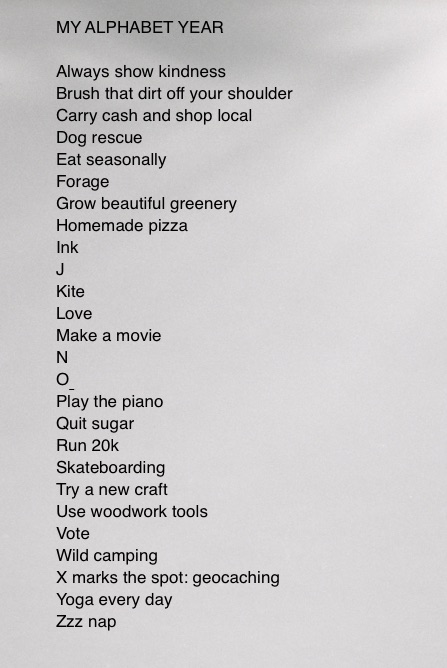