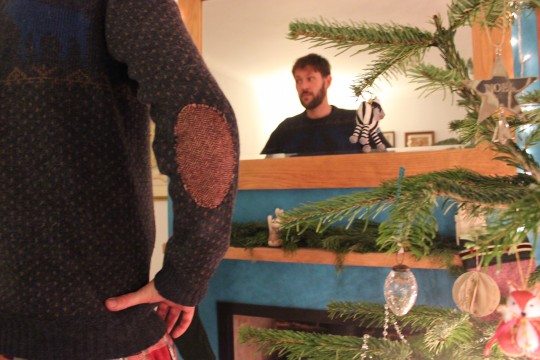 Tom’s reindeer jumper from Howies is certainly well-loved. It’s is his go-to woolly winter wear. So when he discovered both elbows worn through right before his school kids’ Christmas disco, something had to be done… 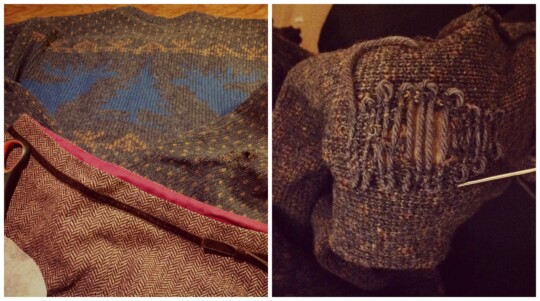 Darning is easier than I had first thought. With some spare yarn and a yarn needle, simply stitch across the hole in a horizontal direction, before then going back over the hole in a vertical direction. If in doubt, watch a how-to video.

Tom was after leather elbow patches, but I’ve made that mistake before. Usually the leather is too stiff to sit well on a jumper. So, I found an old tweed skirt that was begging to be cut up. Cut two tweed ovals, pin them over the holes, and check they’re evenly spaced (no one wants wonky elbows). Then, stitch around them with a standard needle and thread (rolling up the sleeves makes this easier.)

Two tweed elbow patches done, so Tom shall indeed go to the ball, I mean, the school disco..