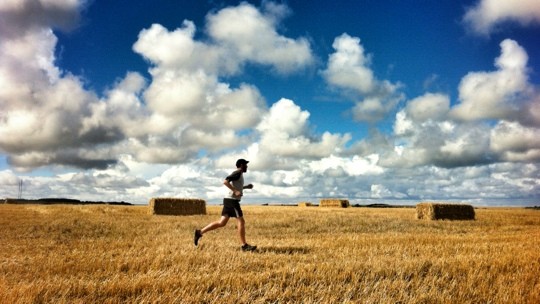 I’m not a runner. And before you ask, I’ve got all sorts of very valid excuses: I’m not built for it, my knees sometimes twinge a bit, there was that time when my shoulder seized, and I just get way too red in the face. I know, right? All totally legit. But I am married to a runner, and somehow, bit by bit, very slowly, I’ve sort of found myself running. And I *might* even be enjoying it. Actually, after the first 2k of feeling like an injured rag doll and wondering why the fuck I’m doing it at all, I start to enjoy it a lot. So, for any other determined non-runners like me, I wanted to share a few of my discoveries:

It’s fine to stop. Don’t ‘run through the pain’. Just remember that it’s really hard to get going again. So maybe walk for a bit and agree to yourself you’re going to start running again when you get to the next lamppost.

Finding someone fitter than you is a good thing. If only one of you feels exhausted, the other can keep you both going. You might feel cynical about those motivational words now, but when you’re bloody knackered they do the trick. Just one thing- make sure your buddy doesn’t run ahead of you; that’s just dispiriting.

Decent kit matters. Of course, you don’t want to invest in a whole bunch of fancy stuff, if you’re not going to stick with it. But you won’t ever regret buying a decent sports bra. And those bargain basement trainers need to stay in the basement. Plus, a nice top is good consolation for the embarrassment of running around in public with a beet red face.

Off road is easier. This was my biggest surprise. I thought you could only ‘graduate’ to off road running after you’d really nailed the concrete stuff. But concrete feels like a hard slog. Hopping around in the forest, paying attention to rocks and roots, totally takes your mind off the fact that you’re pooped.

Records rock. It’s satisfying to be able to tell people how far you went. And PBs remind you that you *are* making progress, even if it doesn’t feel like it. Get the Strava app and find some friends to sign up too. Lets use our social media inclinations for some good eh?

Too much advice is a bad thing. There’s a lot of ‘couch to 5k’ podcasts and apps out there. I’m sure they give a well-structured programme, created by the experts, but you know what feels good, how far you can go, and when you should stop. For me, following pre-destined run routines just felt uninspiring.

So, don’t follow my advice, just head outdoors and get your sweat on! 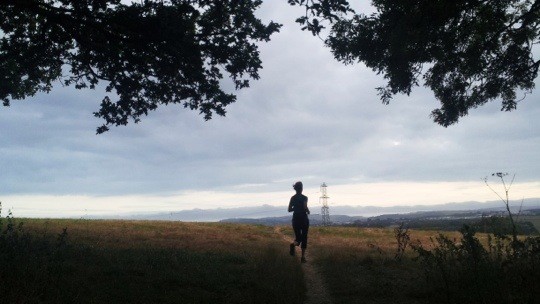