Most people I’ve met with a rescue dog will happily tell of their pup’s many particular quirks. Rolo used to be scared of everything, from big bearded men to plastic bags floating in the wind. Nowadays he can contain his crazy about most things, but he’s still got a couple points for improvement.

He gets very overexcited by other dogs, as well as farm animals of all shapes and sizes; both things that the Great Outdoors doesn’t lack. So, it was with slight trepidation that we set off for a Lake District mountain trip with the good doggo. 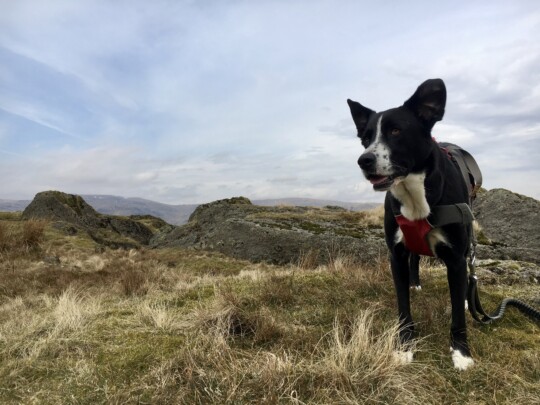 Our first hike followed an overnight drive. After watching the early sun strike the tops of the peaks, we climbed up the valley below Yewbarrow in the shade. At this early stage we realised that dog on lead was essential. The Herdwicks on the fell sides seemed so much more confident than the fluffy cloud sheep Rolo is used to seeing on the Island. They stared at him and stirred desire in his collie blood. 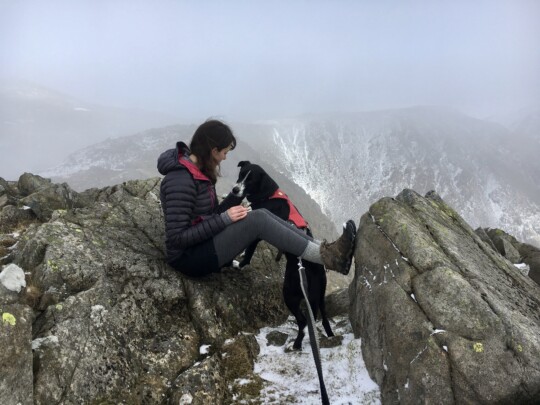 From Dore Head we climbed steeply up Red Pike. The notorious British mountain weather was true to form, from bright sunshine to heavy cloud cover in a matter of minutes. The dog seemed unsure of the murk as we rested below the summit, taking his chance to curl up in one of the few patches of snow-free earth. He was happier down at Great Stoat Fell, where the snow had drifted behind a snaking dry stone wall. Our position allowed for good views in all directions, and with no sheep in sight, he was released from the lead to chase some snowballs. 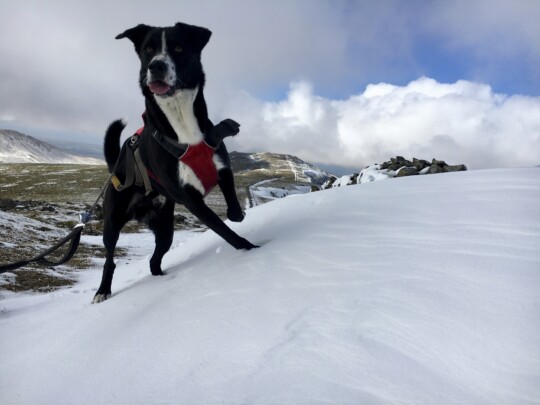 Our second big hike took us from the shore of Buttermere up to another Red Pike, this time above Castle Crags. Near the top, a bit of Grade 1 scrambling was necessary. It was satisfying to see how well the dog attended to our commands. He could probably sense the urgency in our voices as we checked hand holds to avoid slipping off. We followed the natural line along to High Stile and High Crag before descending the steep slopes of Gamlin End to Scarth Gap, the dog again listening well to ensure nobody got dragged down in an enthusiastic tumble. 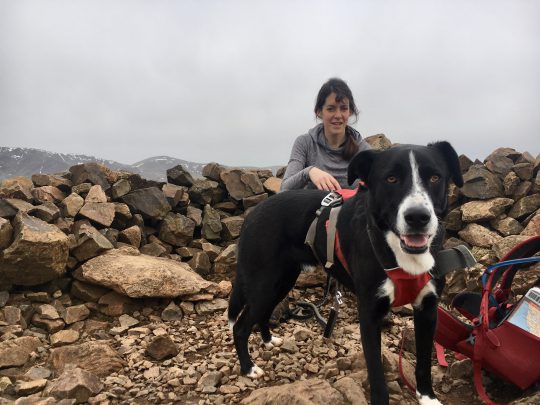 Coming from the relatively flat environment we have on the Isle of Wight, a trip to the mountains are pretty much a necessity. It was great to see how well Rolo adapted to the demands of proper hill walking. We were surprised how few good doggos we saw up high, but Instagram assures us that others take their furry friends into the high places. Best of all though, we managed a hotel stay without any drama. There’s no doubt this was aided by wearing him out every day up on those high peaks. 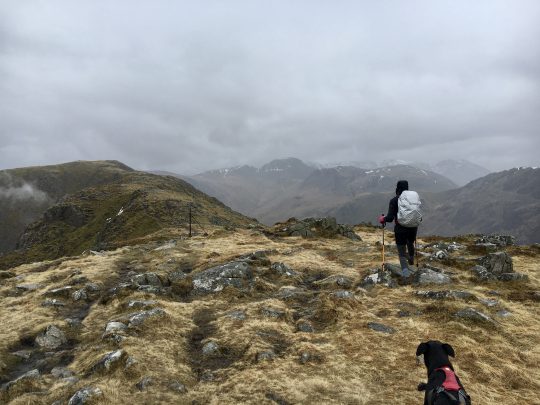