The snow took its time to arrive on the Island. Tiny flurries danced down through Wednesday and Thursday morning, but it wasn’t until the end of the school day that it began to settle. It was an unusual atmosphere in school as everybody hustled out the door as quickly as possible. Parents, staff and children keen to get home safely or be out making the most of the gathering snow. 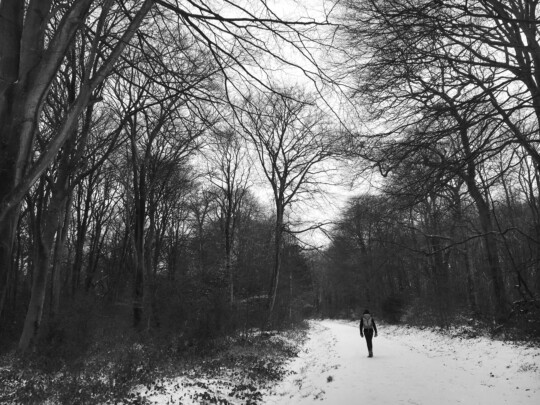 We squeezed in a quick park walk (slip, slide) as the sun set behind the bank of looming snow clouds. Free of cars, all dogs were off lead, all slopes commandeered by sleds. The everyday trees of Northwood Park stood newly highlighted against the deepening white. Back indoors and in front of the fire, we listened to teenage whoops and hollers as they made the most of this rare snow appearance. 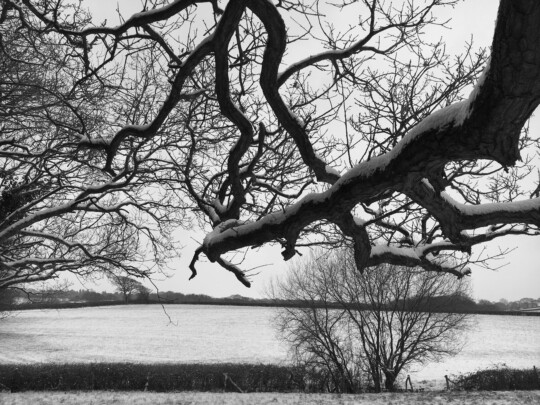 Friday morning was met with the welcome news that all schools were shut. We’d planned to spend the bulk of Friday hiking out west to pick up the dog from the in-laws, but stepping out the door put paid to that idea. Even on a good day it’s a terrifically long hike and treacherous in these conditions. Even worse for the doggo with no protective boots for his paws. But we were fully kitted up, so hiked off to the forest for some humans-only adventures instead. 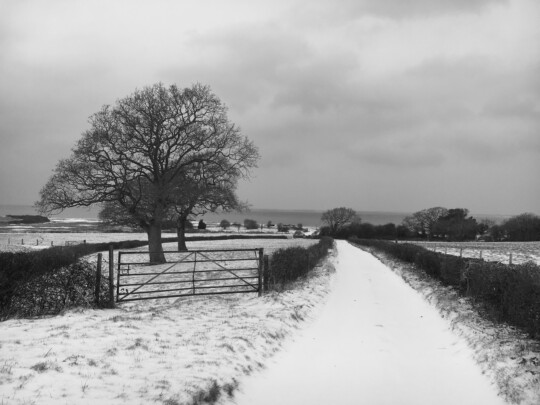 The night saw the powdery snow complemented with ice. Where the snow had drifted, the ice had formed a thick, satisfying-to-crack layer over the top. On the bare concrete, the freezing temperature produced thick, dangerous ice. It was worst in town, so by the time we got to the forest the walking was relatively easy. Birds were abundant, skittering from snow to branch and back again. I longed for a pocketful of seeds. 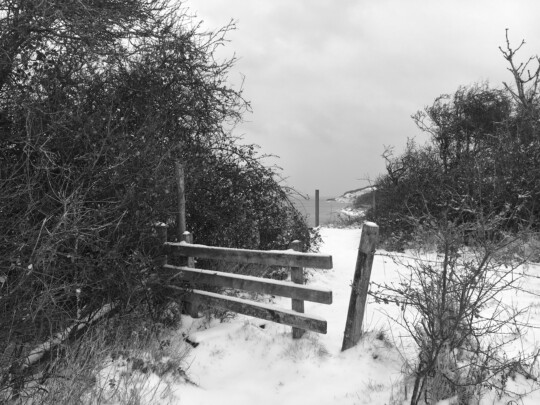 We took a new path down through empty fields to the coast. A buzzard rested upon a pole, only reluctantly moving on when we stopped to watch him more closely. Ice covered much of the stony beach, the Solent a churning mess of dirty brown. It was a pretty desolate scene as we turned toward home and into the headwind, icy rain seeking out the few uncovered patches of skin. 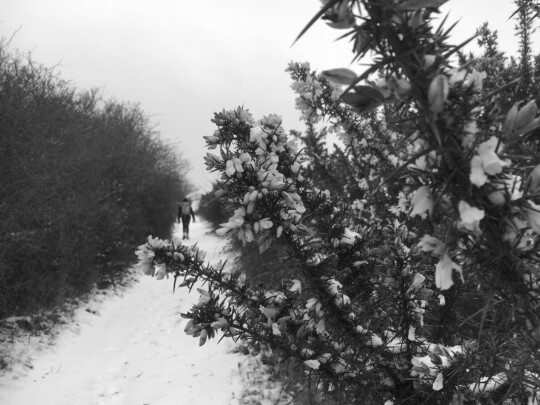 The drifts along the exposed coast between Thorness and Gurnard were a sight to behold, not to mention a further drain on tired legs. Brief respite within coastal copses took us back to town and the noise of sleds and dogs. We hauled ourselves to the shop to stock up with the essentials for the the rest of the day, happy to enjoy the last of the snow flurries safely inside with feet firmly up.