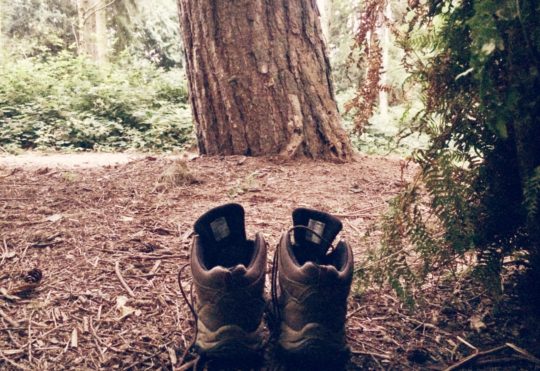 Back in midwinter, under the festive spruce tree, was a gift card from Tom for a weekend of camping out and learning bush craft skills. I can’t remember the last time I was so excited about a gift, I felt ridiculously moved by how sweet he was to think of this. I wouldn’t have thought of it for myself, but as soon as the idea appeared it instantly brilliant.

Time spent outside basically feels like winning at life, like sussing out the secrets of the universe. Even a walk in my local forest reminds me of the big old grand incredible world out there that, for once, is truly deserving of that overused term: it is truly fucking epic. So when my overpriced air-conditioned taxi dumped me and my pack on the side of a road in rural obscurity on a warm Friday evening, I was fully signed up for life as a wild woodswoman. At least for thirty-six hours.

Evidently I was too comfy in my sleeping bag on that first morning. One of the last to wake up, I dodged the task of raking over the coals to get the kettle going. But I was up in time to swoop in for a black coffee once it had boiled, retreating to a sunny clearing for a ‘sit spot’.

I shared the sunlight with a long, languorous spider climbing her way to the top of the brambles to lounge on a top leaf, her legs dangling in motes of dust. A wren scuffled about in the low bracken, before deciding on a branch from which to carefully clean every feather on her wing. The crack and knock of loose bark in the pines gave away a small woodpecker’s whereabouts, so shy near the top of the tree. 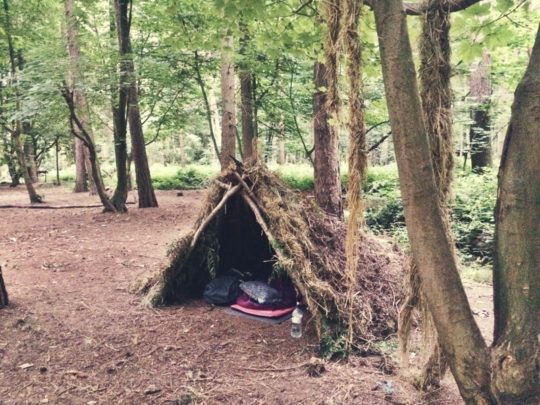 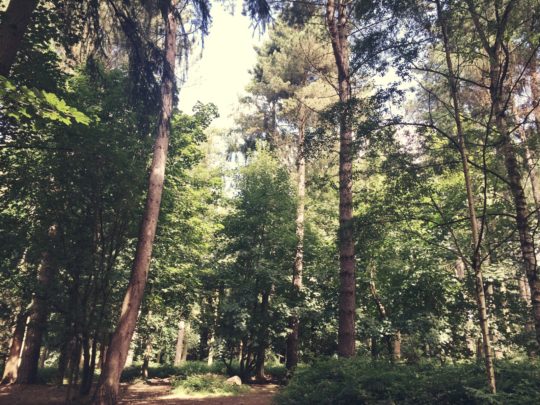 I gamely wielded a knife, cutting bracken for my shelter, legs scratched by the bramble and sticky pines. Apparently hard as nails (read foolhardy) to have my legs out, but surely we’re all agreed that jeans are too hot. We foraged silver birch to flint fires, found compass points in the shadows and, after dinner found the fire, watched constellations turning.

By our second morning, having slept in such deep sleep under our own bracken roofs, it felt perfectly natural to start the day by a campfire, chatting about the wild redcurrant found down the path, or the deer someone spotted earlier, like it was no big deal. That was the beauty of it for me. We learned useful skills and had plenty of fun, but the sheer simplicity and steady pace of time there was what gave it such joy. 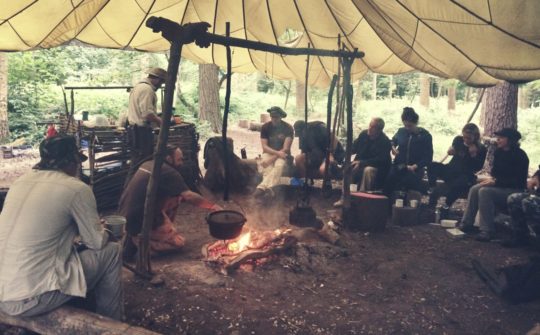 When the weather is so warm and welcoming, living wild out in the woods is a tempting proposition, at least for one more night. On returning home, I settled for an evening sit spot under an old tree, followed by a hot bath and the bedroom windows flung wide. 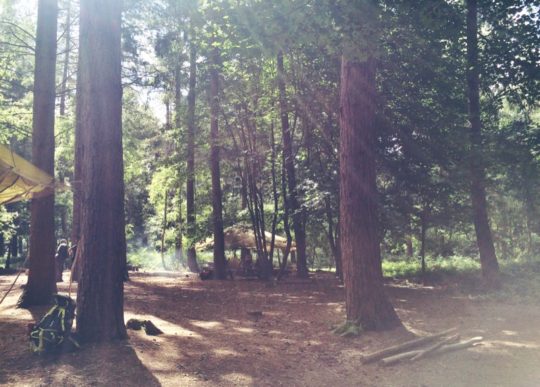